Today´s quiz is an addition to the post of yesterday about Triumph of the Spirit. The quotes below are all taken from Holocaust movies.

The following movies are hidden behind the quotes: La vita è bella aka Life is beautiful, Schindler´s List, Sophie´s Choice, The Diary of Anne Frank, The Pianist,  Triumph of the Spirit, and Holocaust. Do you recognize the quotes? The solutions are just above the respective movie.

“I could have got more out. I could have got more. I don’t know. If I’d just… I could have got more.”
“Oskar, there are eleven hundred people who are alive because of you. Look at them.”
“If I’d made more money… I threw away so much money. You have no idea. If I’d just… ”
“There will be generations because of what you did.”
“I didn’t do enough!”
“You did so much.”
[… looks at his car]
“This car. Goeth would have bought this car. Why did I keep the car? Ten people right there. Ten people. Ten more people.”
[removing Nazi pin from lapel]
“This pin. Two people. This is gold. Two more people. He would have given me two for it, at least one. One more person. A person, Stern. For this.”
[sobbing]
“I could have gotten one more person… and I didn’t! And I… I didn’t!”

“There is no hope! Karl is in prison and Rudi ran away! Never a word from him! And Papa, in Poland, where it’s like they came after him! Mama, you’re acting as if this is a play. Writing letters. Talking about Papa’s patients.”
“It does no harm.”
“You always had that notion that you were someone special, so fine, so educated! The Nazis would never hurt you or your children! And look! Look what’s happened to us!”
[sobs hysterically]
“Anna, your mother can’t be blamed.”
“New Year’s Eve! And who knows if any one of us will be alive for the next New Year!”

“No Jews or Dogs Allowed.” Why do all the shops say, “No Jews Allowed”?
“Oh, that. “Not Allowed” signs are the latest trend! The other day, I was in a shop with my friend the kangaroo, but their sign said, “No Kangaroos Allowed,” and I said to my friend, “Well, what can I do? They don’t allow kangaroos.”
“Why doesn’t our shop have a “Not Allowed” sign?”
“Well, tomorrow, we’ll put one up. We won’t let in anything we don’t like. What don’t you like?”
“Spiders.”
“Good. I don’t like Visigoths. Tomorrow, we’ll get sign: “No Spiders or Visigoths Allowed.”

“You’re so beautiful. I’d like to get you in bed. Are you a polack? You! Are you also one of those filthy communists?”
[walks away]
“I am a pole! I was born in Cracow! I am not a Jew. Neither are my children! They’re not Jews. They are racially pure. I am a Christian. I am a devout Christian.”
[the officer comes back]
“You are not a communist? You are a believer.”
“Yes sir, I believe in Christ.”
“You believe in Christ the redeemer?”
“Yes.”
[looks at the children] “Did He not say… “Suffer the children, come unto me?” ”
[…remains silent]
“You may keep one of your children.”
“I beg your pardon?”
“You may keep one of your children. The other must go away.”
“You mean, I have to choose?”
“You are a Polack, not a Yid. That gives you a privilidge, a choice.”
“I can’t choose. I can’t choose!”
“Be quiet.”
“I can’t choose!”
“Make a choice. Or I’ll send both of them over there. Make a choice.”
“Don’t make me choose! I can’t!”
“Shut up! Enough! I’ll send them both over there! I told you to shut up! Make a choice!”
“I can’t choose! Please! I can’t choose!”
[to an officer] “Take BOTH children away!”

“I know it’s terrible trying to have any faith when people are doing such horrible… But you know what I sometimes think? I think the world may be going through a phase, the way I was with mother. It’ll pass. Maybe not hundreds of years, but someday. – I still believe, in spite of everything, that people are really good at heart.”

If you liked this quiz, don´t miss some of the others:

Here we go once more. Let´s test your Vietnam War Movie knowledge. This time I tried to find lesser known movies. Not all high quality, I agree. However one of them is a real insider´s tip. Here is your list in random order: Tigerland, Coming Home, Rambo First Blood, Green Berets, The Boys in Company C, Off Limits. The solution, as always, just below the movie.

“The reason why I’m here is because a buddy of mine who’d been in ‘Nam took his own life today. This is kind of a funeral service. And I’m here because I’m trying to tell people, man, if we want to commit suicide, we have plenty of reasons to do it right here at home. We don’t have to go to Vietnam to find reasons to kill ourselves. I just don’t think we should be over there.”

“It’s strange that we’ve never read of this in the newspapers.”
“Well… that’s newspapers for you, ma’am. You could fill volumes with what you don’t read in them.”

“You’re floatin’ in a big sea of shit and instead of just stayin’ in the boat, no, you reach out and you pick up this one little turd and you say “This turd, well THIS turd pisses me off. I’m gonna do somethin’ about THIS turd!”

“Are you telling me that 200 of our men against your boy is a no-win situation for us?”
“You send that many, don’t forget one thing.”
“What?”
“A good supply of body bags.”

“If I told you there was a bunch of people around here who could get us to Mexico, away from the war, would you go?”
“No… no I wouldn’t. I enlisted, so there is a place for me… and if I don’t go, somebody is gonna take that place. And if they die, they’re dying for me.”

Do you have a favourite quote?

I have one. It is the first one below. Maybe it is of dubious taste. I don´t know. It is only a very short exchange but I think it does convey a lot. It is taken from what I think is one of the most emotional Vietnam movies. I´m sure many of you know it.

“Sir, I don’t know how to tell this story.”
“Well you have to, Joe. You tell the American people what happened here. You tell them how my troopers died.”
“Yes sir.”

Got it? No, no, don´t worry. It is not over yet. I´m only just starting. Here are another few for you to puzzle over. Solutions follow as well.

“They burned the flag and they demonstrated against us; it’s on the cover of the paper today. They have no respect. They have no idea what’s going on over there, Mom – the men that are sacrificing their lives. People are dying every day over there, and nobody back here even seems to care. It’s a bunch of goddamn shit if you ask me!”
“Ronnie, don’t take the Lord’s name in vain – not in front of the children. I agree with everything you say!”
“I served my country – and they just want to take from it – just take, take! Love it or leave it, that’s what I think.”

“I just want to begin by saying to Roosevelt E. Roosevelt, what it is, what it shall be, what it was. The weather out there today is hot and shitty with continued hot and shitty in the afternoon. Tomorrow a chance of continued crappy with a pissy weather front coming down from the north. Basically, it’s hotter than a snake’s ass in a wagon rut.”

“You took an oath, Mr. Cole. You, too, Mr. Grafton. You took an oath to defend the constitution and obey the orders of the officers appointed over you. It’s the same oath that every officer in the navy has taken for damn near 200 years. And during all that time, the military has obeyed the civilian elected government. Now, they might not have always been right, or wise… or even smart, but they were elected. Any other way and the United States would be nothing more than another two-bit military dictatorship.”
“ Why did you do this, Cole? An officer with your fine record? Did you think you were going to win the war?”
“Frankly, sir, I think we’re going to lose this one. But I do love the work.”
“ Mr. Cole, you may find that amusing, but we don’t. Gentlemen, this is our country you’re messing with. Well, Mr. Grafton, you have an attentive audience here. Perhaps you can explain to us why you thought a one-plane war was the way to go.”
“Well, sir, we bomb worthless targets night after night – I mean, three tents under a tree… sampan repair yards that have been hit ten times already. Sir, you know the list better than I do. My first bombardier and 50,000 other Americans are dead and… can anyone tell me why? I realize that I’m Lieutenant Nobody. I’m… I’m not really sure about anything anymore. This war’s become very confusing. Nobody… nobody wants to fight in it. Nobody seems to want to win it. Maybe it never should have happened, but people do die in it. Maybe for me, it got personal, because I do know the difference between dying for something and dying for nothing. I know that’s no excuse. I… I know that. And I broke the faith, and for that, I am truly wrong. Perhaps I should hang.”
“Hanging, Mr. Grafton, is no longer a punishment much in use. But a prison term in Leavenworth is, or a dishonorable discharge if a court-martial should so decide. But whatever happens,I think it’s safe to say that your career in the navy is over. The only question’s how.”

“Darling, believe me, I try not skip a day in writing you. Whether or not I get a letter determines if it’s a good day or not.”

I hope this quiz was not too easy for you. Here are the movies (yes, one is not strictly speaking a movie) in the wrong order followed by the solution underneath.

Heaven and Earth, Born on the 4th of July, Dear America, Flight of the Intruder, We were Soldiers,  Good morning, Vietnam, The Deer Hunter.

This is a themed variation on an older quiz.

Let´s see how good you are at finding out those movie titles. Don´t just click immediately on the pictures as some reveal the movie´s title. No cheating! 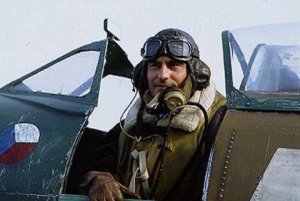 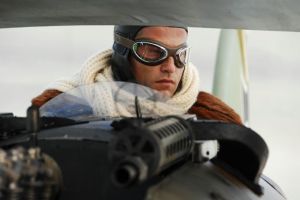 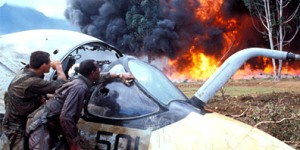 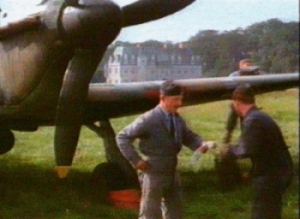 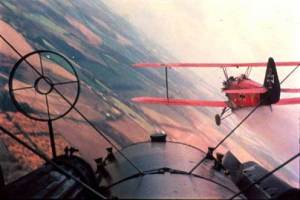 This is quite a hard one. Below you will find a few quotes. All taken from Vietnam War Movies.

Difficult? I guess so. Would have been a tad easier to mix it more. But we don´t like it easy, do we?

OK, now I´m going to help you a little bit.

These are the movies (not in this order).

And your solutions as follows: