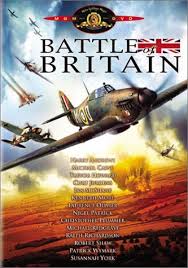 I would say that this British TV series is one of the most realistic stories ever told about London during the Blitz and the dangerous duty of defusing the numerous unexploded bombs that hit the country. Danger UXB focuses on a young lieutenant, Brian Ash (Anthony Andrews), appointed to a bomb squad. His squad defuses all sorts of unexploded German bombs. This is highly stressful and very difficult. There are so many different types of bombs with different types of fuses. Magnetic, movement detectors, chemical reaction, clock work and time delay fuses. The bombs are found in many different places such as  schools, gardens, back yards, living rooms,  a night club, a factory  which gives ample opportunity to tell side stories and show the lives of ordinary people during this time. It is hard to imagine what it must have been like to be bombed every single night. The series manages to give a very good feel for the danger of this line of work.  I would say Danger UXB provides a rare combination of instruction and entertainment, combining historical accuracy with tales of everyday lives and the story of one young officer, his work , his dealings with fellow officers and commanders and  his love life. British TV is a great source for realistic historical series and movies. I haven’t seen Piece of Cake yet but it is sitting here, waiting to be watched. Danger UXB is far less known. I highly recommend it. I think it is also interesting to compare it to the ubiquitous The Hurt Locker (see my post on The Hurt Locker) and see the difference between a bomb squad now and then.

I attached a video for you, where you can see that each episode initiates with original footage to enhance accuracy. Unfortunately this video has an addition to it but it is the best I could come up with. I couldn’t find any trailer only some fan videos but they had insufferable music.