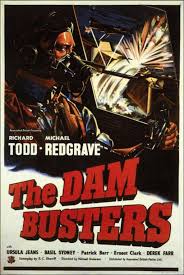 I have never seen anything like the War Requiem before. Although I used to like Derek Jarman‘s movies (especially Caravaggio, Sebastiane and The Tempest) I wasn’t aware that this existed before I saw a review on the War Movie Blog. This is certainly not for everybody. If you don’t like classical music, especially requiem’s you will have a hard time. I tell you this right away. Jarman took Britten’s War Requiem, which consists of a proper requiem and sung versions of Wilfred Owen’s poems, and illustrated it. Wilfred Owen is the young poet we also see in the movie Regeneration. He was killed in action one week before the end of in WWI. As you can see I added two of his poems for you.

War Requiem is actually a silent movie so to speak. We see images, acted scenes and hear Britten’s music. In part it’s a reenactment of Wilfred Owen’s story, in part we see actual footage of different wars. Documentary and art are entwined and the result is extremely rich and interesting. The acting is of course somewhat exaggerated as the actors are miming not acting as they don’t talk (silent movie style). The two main actors are Nathaniel Parker (Owen) and Tilda Swinton (The Nurse): Sean Bean (The German Soldier) and Laurence Olivier (The old Soldier) are in minor roles. There is a bit with Tilda Swinton who plays the nurse that is very annoying (scene 10). But that was the only bit I found hard to take. The rest is impressive. Beautiful images. Colors are very important and highly overdrawn as they are in all of Jarman’s movies. In this one it is the color red that is artificially bright. Colors have a special meaning in Jarman’s work. He wrote a book, Chroma: A Book of Colors, dedicated to color interpretations and his last movie is dedicated solely to the color Blue. The tragedy behind all this is that Jarman was going blind towards the end of his life. He suffered from AIDS related illnesses and finally succumbed to them.

War Requiem is remarkable also because it is not only an anti-war movie but also an “anti war movie movie”. If you watch all of it and don’t give up in the middle you might be astonished to see what kind of actual footage you see towards the end. I have never seen anything like it before and felt very uncomfortable. The footage we see – especially from Vietnam and Angola – is horrible and gruesome. What is even more horrible is that you see the difference between wounds in a war movie and these head wounds and other wounds in these documentary bits. It simply doesn’t look the same. You see immediately that these people are really dead. I think to see something like this would be good for every person who regularly watches war movies. The atrocities of war are so much more horrible in reality. It was extremely sobering to say the least.

This is a really special movie. It is an interesting contribution to cinema history as well as to war movies  in general. But it is not for everybody.