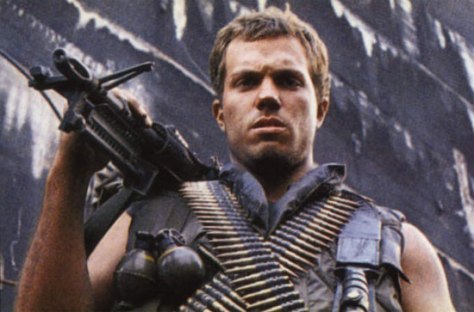 I’m in a Joss Whedon phase since last year and last week I finally got a chance to watch his movie Serenity, a sequel to his early terminated series Firefly which I haven’t watched yet.

I’m not going to review the movie here, I just wanted to write about something that surprised me.

I don’t think that anyone who has ever seen Full Metal Jacket is likely to forget   Animal Mother (Adam Baldwin). It’s a controversial character and an iconic one at the same time. 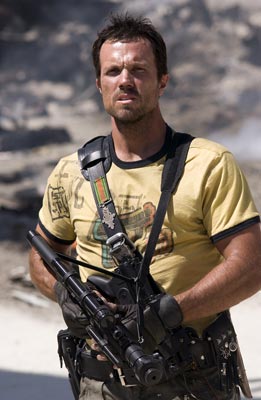 Even those only slightly familiar with Whedon’s work, be it Buffy, Angel or The Cabin in the Woods, know that he loves to cite, quote and allude. When I watched Serenity one of the crew looked uncannily familiar but I couldn’t say at first why. Only after half an hour it dawned on me “That’s Animal Mother” – and sure it was, or rather it’s Adam Baldwin, starring as Jayne Cobb. 18 older but still very recognizable. Cobb doesn’t only look like Animal Mother, he also talks like him.

It’s so typical for Whedon to take a character like this and to use him in a series like Firefly which is some sort of sci-fi/western blend. Just one of the many reasons why I’ve come to love what he does.