Don’t ask me how I found this list. Browsing the internet, of course, but what was I looking for? Whatever. I found it on Army Times and would like to share it with you. I am sure that more than one of my readers will be equally puzzled by some of their choices.

If you want to know their reasons you will have to read their article. While I certainly agree with a few of them I have absolutely no clue how Top Gun got on this list. What the heck? And where is Saving Private Ryan (see my post) and Platoon? While they were at it they could have put  Pearl Harbor on No. 1.

What are your thoughts on the list? All worthy candidates?

I watched a movie last night that astonished me quite a bit. It was gut-wrenching and fabulously good and has managed what none before did manage, it has entered my Top 10. The question is now, which one of the 10 will I kick out? Of course you are wondering which one managed to enter my Top 10. Maybe the film stills will give you the answer. If not, you have to wait until my review is ready. Hopefully that will be tomorrow. 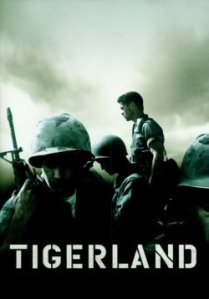 The following 10 Vietnam War Movies are the ones you absolutely must see. There are more. Many I have seen, some I have not. You may be astonished that one of the most famous ones, Apocalypse Now, is not among them… I wanted to stick to 10 and these are my 10 choices. I always found Apocalypse Now slightly dubious. Whatever.  The list is in chronological order. I did not want to weigh them against each other as they show quite different aspects of the same war.

The Deer Hunter (1978):  Young second generation Russian-Americans volunteer to prove themselves and serve their country. In Vietnam they are  captured and suffer as POWs and are forced to play Russian roulette. They come home disillusioned and physically and psychologically broken.

Platoon (1986): Infantry combat. A young man volunteers to go to Vietnam and soon sees his dreams shattered. He gets caught between two antagonistic officers, the ultimately good Sgt. Elias and the mean Sgt. Barnes.

Hamburger Hill (1987): No-nonsense infantry combat at its toughest. A group of soldiers of mixed social backgrounds and ethnic origins must fight a senseless battle for a hill.

Jacknife (1989): A brilliant De Niro in the role of a memorable Vietnam vet. (More details on this movie in my post).

Born on the 4th of July (1989): Maybe the ultimate anti-war statement and a in-depth exploration of masculinity. A movie that makes you cringe.

84 Charlie MoPic (1989): Documentary style but much better than the Iraq movie Redacted. Embedded journalists follow an infantry combat unit in the bush.

Heaven and Earth (1993): A look at the other side. What was the meaning of this war for  Vietnamese civilians?

Tigerland (2000): Boot camp. We see the soldiers train long before they are shipped out. Tensions rise until a drama unfolds.

We Were Soldiers (2002): The only Vietnam War Movie that truly attempts to show more than one side. Close look at the Vietnamese command. Heavy combat. Story switches between battle field and home front where the wives wait for the letters who will inform them they have become widows. Very emotional but not unproblematic movie. Too much trying to make us believe it was  a “good war”.

Maybe you disagree with this list. Let me know which ones you would choose. Which one do you really prefer? 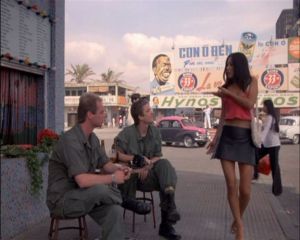