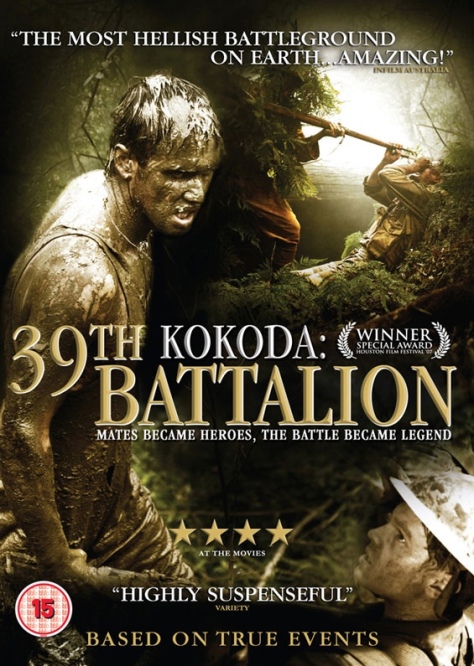 Combat is hell. We all know that. But some combat situations are made even worse because of the weather. I have seen four movies and episodes of series in which the depicted weather conditions made me think: “How utterly awful this must have been”. The terrible weather conditions are a great means for film directors to enhance how horrible combat is and how utterly futile some battles when facing not only a strong(er) opponent but the force of nature. 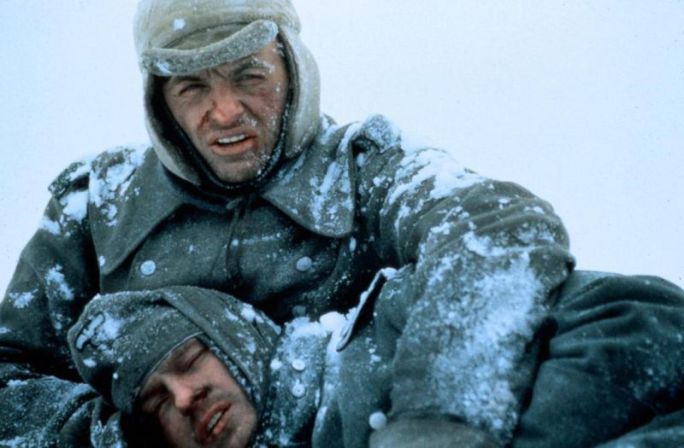 The first movie is Stalingrad. To watch those troops in the icy cold snow of the Eastern Front is harrowing. Countless men who survived the battle died from hunger and cold.

Horror weather example number two is also due to snow and cold. It is shown in the episode “Bastogne” from Band of Brothers.

As brutal as the winter in Europe and the Eastern Front was, the constant rain the troops had to face in The Pacific was no less demoralizing. Example number three is the episode number 4 “Cape Gloucester” from The Pacific which takes place just after the battle of Guadalcanal. Humidity and the constant noise of the torrential rain lead to stress and illness.

Another really harrowing example was shown in the Australian movie Kokoda. The mud, rain and dirt of the Kokoda trail has to be mentioned among the worst experiences any troops have undergone.

I just realized that all these are examples from WWII. Makes it look as if there hadn’t been any terrible weather conditions during other wars but that is of course not the case. I remember a few WWI movies in which the mud and rain played an important role but I’m not able to pick a perfect example. Additionally I would like to add an example in which scorching heat proved to be fatal.

Which is the worst weather you have ever seen in any war movie?

Australia, like so many other countries, has participated in many wars and  it is actually amazing that, even though it hasn’t done all that many war movies, has done some that are considered to be the best of their kind. I am talking about the three movies of the Australian New Wave, Gallipoli, Breaker Morant and The Lighthorsemen. They are very different but all three are outstanding. When just starting this blog I watched and reviewed another, much more recent movie, Kokoda. It is flawed but still a very good movie. I started to wonder if there are any other ones and found a few that I haven’t seen. The latest one on the list is from 2010.

Whoever is familiar with my blog knows that I make lists that I often consider to be a work in progress. It is very possible that this list will change over the months and years.

ANZACS (1985, TV mini-series): Thanks to Soldier’s Mail I can add this one to my list. WWI, ANZACs are followed from Gallipoli to the battlefields of the Somme, Vimy Ridge etc.

Gallipoli (1981): WWI, ANZACs on the Turkish front. Intense infantry combat. Magnificently displays the senselessness of it all.

The Lightorsemen (1987): Australian cavalry. WWI. There aren’t many movies on cavalry combat that are truly outstanding. This is one of them (see my post on The Lighthorsemen).

Kokoda (2006): The war in the Pacific. On the Kokoda trail. Pretty gruesome look at an untrained group of volunteers who meet a fierce enemy in the jungle. Focuses on the story of two brothers. Not bad at all (see my post on Kokoda).

Any important movies that I left out?