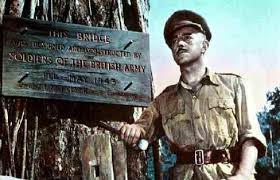 I don´t really know what to say about this movie. Basically I think it is a missed chance. It contains too many flaws to be really good but still has quite a few touching moments. One would like to grab the filmmaker and give him a good shaking because it would not have needed much to be satisfying.

Everyman´s War is based on the story of Thad Smith´s, the film director´s father. Sgt. Don Smith was part of the 94th Infantry Division fighting for Nennig, a small town in Germany during the Battle of the Bulge. The Battle of the Bulge was one of those notorious big battles that had to show up with an enormous cost in lives. Being one of the decisive battles, the last big Nazi offensive, it overshadows other battles like the one at Hurtgen Forest that was so skillfully depicted in When Trumpets Fade. The battle of  Bastogne Forest that we saw in Band of Brothers is also part of the Battle of the Bulge. Smith lands in Europe around Christmas 1944, just when the offensive begins and stays in Europe until the end of the war.

The tragedy of the battle is well shown in Everyman´s War. The Army command misjudging the German´s will to fight thought they would never attack during ice-cold weather, snow and temperatures below zero. But they did.

Sgt. Smith´s courageous fight, the love for his comrades and his despair about losing them is well shown. So are the battle scenes. As long as there is no music all is fine. Sadly the choice of music is bad and ostentatiously corny. And so is the background story, the home front bits  (think the end of Saving Private Ryan and dip it in sirup).

This is frustrating as the main theme, alluded to in the title, is nicely executed. This was everyman´s war. Everybody was in it. The French, the English, the Americans, but also the Germans and the German Jews. Moments where the film achieves to make us feel sorry for everyman involved are truly good.

One last word on the use of language that will only annoy people who understand German. 90% of the actors impersonating German´s are not Germans and have bad accents and an unintentionally funny way of pronouncing the German words. However this will not bother speakers of other languages. Apart from that the portrait of Germans is quite just.

Having said all this I just think it is a pity. This could have been a good film but now we are left with a 3 (out of 5) star achievement.

I have been looking at a lot of war movie posters and there are quite a few I like because of their esthetic qualities. But these were probably not necessarily the most successful ones. After awhile I realised that many of the best ones share a few common themes.

First we do see a juxtaposition of the individual and the collective or the personal and the impersonal. You often see a few faces of soldiers whose story is told in the movie, like on the Saving Private Ryan one and additionally you either see a row of dark silhouettes or one dark silhouette like in this case that stands for the whole body of soldiers. This juxtaposition is actually also the key to all successful war movies and not only to their posters. Take a historical event in which a great number of people is involved and then pick one person and tell his or her story. The fact that millions of Jews have been killed during WWII as horrible and tragic as this is doesn´t suffice to make us sympathize. But take Anne Franks destiny, think of Schindler´s List or The Pianist… That´s quite a different story. We identify and sympathize.

This is exactly what great war movie posters manage to symbolize. The anonymous mass versus the individual destiny.

Of course there are other ways to interpret these posters. Loneliness in the event of a tragedy. Comradeship… The figures seem small against the background, huddled against one another.

People did talk about Saving Private Ryan. They talk about it and they will continue to talk about. Occasionally it seems that it is the only war movie that has ever been made. At least the only one the general public is aware of  – until, of course The Hurt Locker got the Oscar – but that is another story and if I believe it deserved it…). It is a fact that even the most war movie illiterate seems to know Saving Private Ryan or has at least heard  of it. One could almost go as far as to talk about a before and after era. Occasionally this can become slightly annoying especially considering that this movie overshadows some very well done other movies that would be talked about, appreciated and mentioned if it wasn’t for mean old Private Ryan.  On top of that it  led to my worst Popcorn moment ever, something that up to that point in time  I wouldn’t even have thought possible and , by the way, was never repeated since. I was on holiday in  some southern English town. Salisbury or Bournemouth. At the beginning of the movie I was actually  sitting in one of the rows in the middle munching Popcorn.  Shamefully I must admit that I was not aware of the nature of the movie that would be shown (How could that happen? Living in Switzerland which I did at the time and am doing again now doesn’t really put you in the position to talk about the latest releases of the film industry. US movies are usually already classics by the time Swiss  movie theaters start to show the previews). Fifteen minutes into the beginning of the movie it dawned on me: Popcorn was the least appropriate thing when watching a movie like this. And everybody knows what I’m talking about when referring to the first 15 minutes of Private Ryan. This is probably one of the most hellish moments in the history of war movies (put aside the episode Bastogne in Band of Brothers) and what’s even worse: There is no escaping it. You don’t watch it , you’re literally in it. These 23 minutes are very probably part of its success story. They lead to  an extremely close  and  maybe for some spectators  totally unwanted identification with those poor unfortunate soldiers landing on  Omaha Beach. A nightmare and absolutely not encouraging popcorn eating. I almost threw up.

After having said all this, adorned with some little anecdote of the life of a moviegoer, I’d like to put this straight: I do appreciate Saving Private Ryan. It is one of the best WWII infantry combat movies, no doubt about that, but it is just unfair it gets all the credit when The Thin Red Line is so much more emotional and poetic, and When trumpets fade so much more moving. Ahh… I hear some of you wonder …When trumpets fade… ?What the heck is she talking about?…See? Overshadowed by Saving Private Ryan. 1998. What a year for war movies.

Which war movie was it that did it? Which was the first to catch my interest to such an extent that it would become a passion? Is it the same that I would call my all time favourite war movie or has it meanwhile become one amongst many?

Which one is it for you? Or is it more than just one, maybe a whole category? Was it the day you discovered that there is actually more than just one Vietnam movie but a whole bunch of them?  Or do you go for combat movies in general and the actual war isn’t even that important to you?  It could also be about the camaraderie. Or the weapons. Or machines. You could love sniper movies or those with subs in them. Maybe you are obsessed with panzers.

See? A lot of things could get you hooked.

In my case it was a very specific movie. The war: Second world war. Location: The Pacific. Genre: Infantry combat. You know which one? Take a guess.

Yes, the other one, the one that didn’t get all the credit it deserved cause Saving Private Ryan was out there at the same time.  Yeah, I’m talking the Thin Red Line here.

That was the first one that moved me so much it got me thinking. And looking back. There had been others before and there would be many more afterwards but this one  was the first that got me hooked. Followed closely by Stalingrad, Black Hawk Down and Band of Brothers. Ok, I admit, it is not a very old passion but notwithstanding it is a profound one. These  movies convinced me that there was more about war movies than the general public would ever see,it showed me a huge terrain full of astonishingly original, moving, interesting and fascinating movies.    A world full of variety. There are so many war movies out there and so many different genres and subgenres that probably no one, and I mean it, absolutely no one would not name the one or the other among some of their all time favourites (it just depends on how inclusive the borders of the category are to you.  Combat movies are just a genre among many and even though, admittedly, it might be what I prefer, they are not to everybody’s liking. But think: Last of the Mohicans, Enigma, The Pianist…..  There’s quite a wide range.)