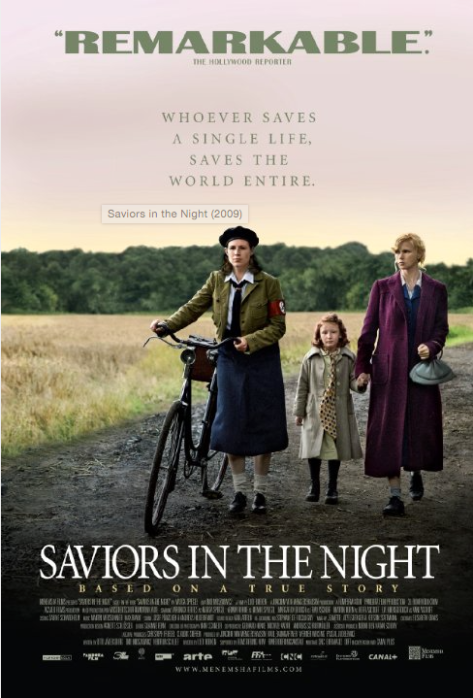 I feel always a bit unkind when I criticise a Holocaust movie based on a true story. Unfortunately though, basing a movie on a true story does not guarantee an interesting result as the German film Unter Bauern – Saviors in the Night, illustrates so well. Saviors in the Night is based on the memoirs of Holocaust survivor Marga Spiegel and while her experience was certainly nerve-wracking, the movie is absolutely tension-free.

The film opens with a bit of back story. We see Menne Spiegel fighting for his country in WWI. Twenty years later, that same country wants to exterminate him and his family because he is Jewish. Menne is a respected horse trader and when the day of his family’s deportation to a concentration camp comes closer, he contacts his former comrades and finds one who is willing to hide his wife and his daughter, while another one will give him shelter. Because Marga Spiegel and the kid are blond and don’t look Jewish, they are hidden in plain sight, while Menne, who’s looking more typical, has to hide in an attic where he goes almost crazy with boredom.

From there the movie meanders from one tension-free scene to another. Whenever the tiniest conflict arrises, it’s immediately resolved. The biggest challenge these former city-dwellers seem to face is adapting to life in the country. Yes, there are a few Nazi’s in the village, but they are too obtuse to notice anything. The daughter of their saviours dates one of them and while she’s at first outraged that her parents are hiding Jews (she believes the Führer who says that the Jews are the downfall of Germany), it only takes one tale about an injustice against Marga and her daughter, to make her change attitude and convictions.

I was surprised to see this film received praise because it’s so dull. Of course, it’s admirable that these farmers decided to risk their lives and hide Marga and her daughter. And, of course, it’s necessary to remind us that there were people who didn’t care about what the Führer told them and simply listened to their own heart and found the courage to help fellow humans. But unfortunately all those good intentions do not make for gripping viewing. Unlike Agnieszka Holland’s fantastic movie In Darkness, which also tells the story of survivors, there are hardly any dramatic elements here.

To be fair, I have to mention that there are a couple of quiet moments, in which Marga and the farmer’s wife engage in a tentative friendship, which are moving.

It’s a movie you can watch, especially when you’re a fan of German actress Veronica Ferres, but you don’t have to.

The trailer makes this movie look intense because it shows all the dramatic scenes, compressed into 1.5 minutes.